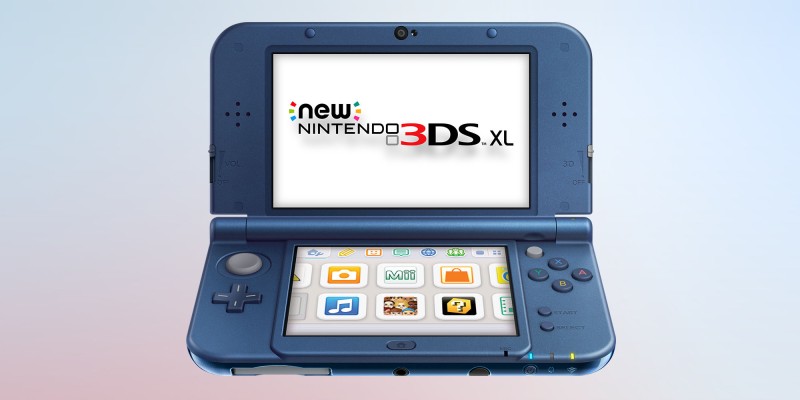 Hidden gems on the 3DS can be hard to find. The console is out there competing with the Switch now and releases have dried up. It’s a sad but inevitable fate for a console to slowly wind down. Happily for us however there are still some great hidden gems on the 3DS, hiding somewhere in that huge back catalogue!

Over the years hundreds of developers have turned their hand to the wonderful little clam shell, so let’s remove those Zelda blinkers, crawl out from under that Pokemon rock and see what hidden gems can be found on the 3DS!

Mercenaries Saga is a series very much in the vein of Final Fantasy Tactics. It looks similar, falling somewhere between Tactics Advance and the original, which we’re positive they were aiming for.

Whilst we’ll be the first to admit it doesn’t quite reach those heights, that doesn’t mean they aren’t good games in their own right. They play in much the same way: You move units around an isometric, grid based map, taking on enemies with a variety of units and levelling them through a selection of class choices. It does stray from the formula in a few ways though, in particular how you level up and learn skills, but the main difference is the addition of a threat mechanic, which you can use to encourage the enemy to target certain units. This is enough to make it feel and play differently, requiring you to almost relearn the rules of engagement, but once you do it settles down into an enjoyable fantasy romp.

It could signpost it’s content a lot better and it lacks a good deal of polish, but for a budget title it more than makes up for it in content. Think of it as a tribute to the old tactical RPG guard, and certainly a hidden gem available on the 3DS eShop.

Alright we’ll say it: Plantera is a clicker title. Still here? Good, because it’s actually an enjoyable title and given it’s platform(s) of choice it doesn’t want the entire contents of your wallet to progress.

It’s essentially a garden building simulation, in which you use a team of little blue guys to grow and expand your lot, achieved by clicking on things and completing tasks. It’s also complete in a small amount of hours and it feels quite repetitive. So why is it on our list?

Well, Plantera is what we like to call a decompression game. You fire it up, click on random things and get a tiny drop of serotonin from your brain when your garden achieves something. Yes, that’s really it, but what’s wrong with that? It costs less than a cup of coffee and offers you the ability to turn off your brain for a handful of hours at a time.

From a simple garden tending game we upgrade our way to a shop tending game! Adventure Bar Story is about running a shop that’s in danger of being put out of business by a local, rich rival. It’s your job to cook up the best recipes possible to sell in your store, growing it to such a size that it can not only survive but become the most popular store going. You do this by heading out into the wild, gathering items and doing battle with enemies for ingredients.

If that sounds overly simple, well, that’s because it is. Adventure Bar Story is a very basic game, but that doesn’t mean it’s not enjoyable. There is just something so therapeutic about taking a journey out to forage for goods, enjoying some snappy turn based combat and returning with your loot. It’s a slow drip feed of repetitive progression, but we’re just fine with that.

Next up in our list is without a doubt one of the most underrated titles ever released for the 3DS, nay any console. Crimson Shroud is a game developed by Level 5 and specifically Yasumi Matsuno, the man behind Final Fantasy Tactics, Vagrant Story and Final Fantasy 12, and boy does it show. The game looks incredibly similar to Vagrant Story specifically, filled as it is with medieval designs and a gothic tone.

To play it however, is to see a board game brought to life, dice included. As you progress throughout the game world you’ll be confronted by battles which require you to physically roll the dice, which in turn determines the effectiveness of the ability chosen, much like a D&D game. Whilst this sounds like a recipe for disaster in a game – imagine missing a roll for a battle winning or life saving action – it actually plays out well. Suffice to say your failings will be your fault, not the dice.

This is all sewn together by a novel take on the usual high fantasy story line fare. It may start out a little cliche, akin to FF6 in many ways, but it’ll soon have you hooked, giving you enough reason to keep moving forward.

It’s available on the eShop for a shockingly small amount of money, so if you’re a fan of any of the titles mentioned herein, do yourself a favour and grab a copy.

Of all the games in this list, we really weren’t sure about including Ever Oasis. Is it really a hidden gem? It has a full physical release and it did OK in terms of sales. The thing is, we never see it mentioned anywhere, nor is it mentioned beside the pantheon of greats that exist on the 3DS platform, where we believe it belongs.

Ever Oasis is an action game with a village building section tacked on the side. Or is it the other way around? Either way, you’re tasked with building up a village in the titular oasis. You do this by completing quests for visitors, subsequently encouraging them to move in. Once there they’ll often offer you a variety of benefits, mainly in opening shops and stores that sell items you need to progress further. This is also the extent of it’s story line, albeit with some magical gubbins laced over the top.

For us though, the true allure of this title exists in the ‘adventure’ portion of the game, where you leave the village to explore a variety of different sections of the game world, battling foes and gathering loot. Combat plays out almost identically to a 3D Zelda title, though you can switch between characters to adapt to your current foes weaknesses. It feels snappy and satisfying, recalling memories of strafing around an opponent in Ocarina of Time.

The game received some negative reviews at launch due to the simplicity of it’s systems, but we feel a lot of this was unjust. Yes, it’s a simple game, but it’s by design – this is not a game designed to stress you out, it’s a game filled with fun combat mechanics and a simple premise – go out there and have some fun, return and prepare for more. We certainly did, and so should you.

Our 3DS Hidden Gems list is complete! Let us know what you think – perhaps you’ve found some more that you think we should consider for a second article? Let us know in the comments down below and we’ll consider it!